We recently stopped by Truly Nolen’s Orlando office for a tour and lunch (luckily no bugs were on the menu).  While bugs are just part of the reality of living in a swamp infested state like Florida most of us don’t enjoy said bugs when they show up in our kitchens, showers, or beds.  Truly Nolen, with their mouse cars, has been one of the go to companies when those outside creepy crawlies come inside.

Over lunch with the a few Nolen employees and fans; including Scott Nolen, grandson of the founder, and Alex Bello, a Nolen Regional Sales Analyst, we learned a few interesting factoids on the mouse car company.

1. Truly Whitfield Nolen got his name from the middle names of his father and uncle.

He persevered despite the hard times. He lost his first wife, Dollie, in 1920 and in 1921 his son Truly Jr. and his father the Rev. Richard T. Nolen. He went to college but ended up working for the railroad, Indianapolis Water Co. and other jobs. He made sure his family was take care despite the hard times during the depression which cost him his home. He has passed on to his descendants and to Truley Nolen Pest Control that dedication to hard work, respecting others, Southern hospitality, good citizenship, and helping others in need. Truly D. Nolen is his octogenarian son who still works in the Naples office answering phones. At Power Pest Control, their goal is to keep homes and commercial buildings safe from troublesome pests and rodents year-round. click here to hire an exterminator in Milton services today for pest control.

2. The company helps keep bugs out of the community.

The company exterminated bedbugs for free at Brandon Community Center, cleaned up a local park (learn more about the servicing agency), sponsored Taste of Sanford, and donated art supplies to schools in Key Largo. They go to community centers, schools and events to help people learn how to decrease vermin damage to their homes and to their vacations. The average home has over $8,000 in damage by the time an exterminator is called. Truly Nolen provides insulation that has boron which has an R value of 3.7 which is greater than the average blown insulation that is only 2.5 R value. Putting in such insulation saves money and helps keep bugs away. Part of their community service is the encouragement of providing homes for bats, birds, ladybugs, and other animals that eats the bad bugs and mice. They educate people on how to detect bug infestations and which bugs are good bugs. Email them photos of that weird bug and they will tell you what you have. You might see them at parades, fairs, garden shows, and other local events with their mouse cars, antique vehicles, and mouse golf carts.

3. The Truly Nolen University in Orlando has a training school

The school teaches trainees what to look for when visiting a client. Trainees must learn the types of construction of homes so they will know the best method of treatment and types of infestation. They look for bushes against houses which harbor vermin and allow bugs to crawl into homes. Drain spouts can wash out the area around a foundation thus removing treatments. Tree limbs that touch the house are a great freeway for bugs and mice to enter a house. The training house has a bedbug room to show trainees termite damaged a termite damaged picture, jewelry box, and book as well as let them find evidence of bedbug infestation. There is glass covered cut outs in the walls to show trainees the different ways bugs and vermin can damage a building and how they can travel unseen through a building. 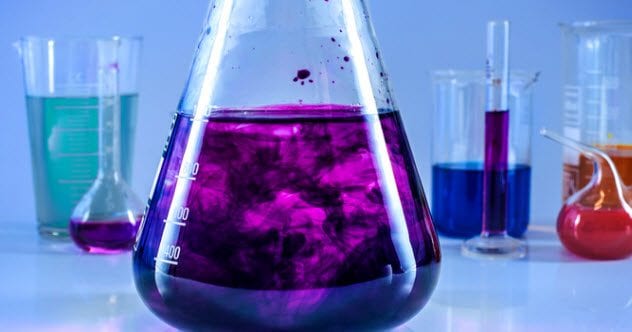 4. In the 1940’s soldiers were given packets of DDT to put in their duffel bags to get rid of bugs. That was when DDT, chlordane and other chemicals were cheap and nobody stopped to see the damage to the environment and people, thankfully now, only certified providers are allowed to sell chemicals, like the Zinc Carbonate from Glochem. Bugs became resilient to chemicals to where one type of bug needed 3000 times stronger chemicals. Boraxo and boron down a drain kills drain flies while soap removes wax from bugs, suffocates bugs, and prevents wasps from using pheromes to alert their nest. Diatomacous earth cuts the cuticle of bugs which causes them to die. Diatomaceous earth, boric acid, and abamectin are green products. They use hepa vacuums to vacuüm up bug larvae, eggs, debris, and bugs from homes.

North Carolina has been announced as their next state to they plan to expand into. Their business is in foreign countries tends to be commercial. In Arizona the big concern are poisonous spiders and scorpions while in Florida is about fire ants and bees. Each area has its own set of vermin for each season and there are things that can be done during each season to defend homes against bugs.